Edward Kelly became the new principal of Bayville High after the disappearance of Ms. Darkholme aka Mystique. Shortly after his arrival, Lance exposes the existence of mutants at a school soccer game. Xavier is forced to erase everyone's memories, but before he is done the strain causes him to pass out and he isn't able to finish with Kelly. No one is sure if Kelly's memories were erased or not, but Kelly showed no sign of remembering the incident later.

Everyone is gathered in the gym for an assembly. The new principal, Principal Kelly walks toward the podium. Lance uses his powers to shake the place up and make Kelly stumble. then another tremor that shakes loose the scoreboard over Kelly's head. The scoreboard just misses Kelly's head. Kelly laughs it off and gives a speech about everyone using their special gifts and talents to make it a great school year. He also says he wants everyone to show up to the pre-game rally for the girl's soccer team championship.

That night at the game rally, Kelly shows off the new school mascot the "Bayville Hawk", which shoots off fireworks. The game starts, but the the Brotherhood shows up and stops the game. Lance makes the big announcement that they're mutants and have special powers. TV cameras catch all the action as he also announces that the X-Institute is also filled with mutants and names Scott and Jean personally.

Then the Brotherhood starts wrecking the stadium and harassing Kelly. The X-Kids take off to change into uniform. The Blob pulls over the new hawk mascot as the X-Kids hit the field. Cyclops blasts the hawk out of his hands and it flies into the gym causing a small explosion. Shadowcat destroys the TV cameras and tapes as Jean saves Kelly. Kelly pulls away from Jean when she tries to help him and runs off.

Kelly getting away from Jean as she saves him from Quicksilver, he tries to call the cops but Jean uses her powers to bust his cell phone. It begins raining and Xavier works his way through all of the students, but just as he's clearing Kelly's mind he passes out.

Kelly standing in his office gazing out of the window.

Shot-puts fly out in random directions, one lands with a crash into Kelly's desk.

After Day of Reckoning the mutants are exposed again, and Kelly shows his true colors. He doesn't like the fact that mutants attend his school and is always trying to find a reason to get them expelled. When the X-Men are allowed to come back to school against his wishes, he uses the Brotherhood to try and get them expelled. When the Brotherhood ultimately fail, he expels the boys from school out of spite.

At school the rest of the students gawk and taunt the X-Men as they file into school, while Principal Kelly watches from his car.

Principle Kelly shows up at the Brotherhoods house to invite the boys back to school. At first they don't want to go, but Kelly drops some not too subtle hints that they'd have the run of the school if they came back. So they decide to return.

Kelly calls Duncan into his office and tells him that he shouldn't mess with the Xavier kids, that they always stick together and he shouldn't fight them alone. He also casually mentions that the Brotherhood boys also don't like Scott.

Jean notices Kelly packing up a lot of the athletic trophies. Jean asks him what he's doing and he says that he doesn't think that all of the awards were won fairly with them using mutant powers. He calls mutants a menace and calls Jean a cheat. Jean gets mad and Kelly tells her that it could be dangerous for her to have a hot temper with her powers. He tells her that he has a responsibility to protect the normal kids from the mutants.

That night at the meeting as Jean is giving her speech, a earthquake starts to bring down the entire auditorium.

Everyone rushes outside and Kelly tries to turn the board members by saying that the mutants are all out of control, and that they can't be allowed back to school. Xavier says that his students are showing remarkable control, even against the overwhelming urge to use their powers.

Having no luck on the school front, Kelly has looked to expand his anti-mutant agenda and is currently running for Mayor of Bayville. He wants all mutants to have to register and is using that as part of his campaign platform.

Edward Kelley is the name of a famous 16th century alchemist.

Other faces of Kelly 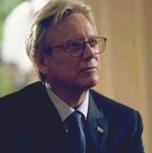 Cite error: <ref> tags exist, but no <references/> tag was found
Retrieved from "https://x-menevolution.fandom.com/wiki/Principal_Kelly?oldid=33138"
Community content is available under CC-BY-SA unless otherwise noted.