"Whatever they're planning... We intend to be ready."
—Nick Fury

A commanding man, Nick Fury always has a schedule to keep. Whenever he has a mission, his 'eye' is fixed on it. However, that doesn't stop him from pointing those he thinks deserve it in the right direction while being unofficial, of course.

A fit man in his prime, but with graying hair, and an eyepatch covering his left eye.

Agent Nick Fury is the director of the secret government agency of S.H.I.E.L.D. (Strategic Hazard Intervention Espionage Logistics Directorate). He was originally assigned to lead the 'special special ops', including such members as Weapon X, Warbird and Captain America. Trask also worked under him briefly, working on mutant containment measures and countermeasures, but eventually severed his ties with S.H.I.E.L.D. Fury's main troubles and responsibilities include secret operations, rogue mutants and organizations on par with S.H.I.E.L.D's capabilities, like HYDRA.

Such projects involve Operation Rebirth, the super solider formula that created Captain America. Whilst he is sometimes hesitant to follow his orders, he rarely officially breaks them. One time he did, however, was when he informed The X-Men where their teammates were being held. Fury believes that mutants as a population aren't to be feared, but realizes there are those who will use their powers to threaten the security of the world.

When mutants became publicly known, Nick was ordered by the government not to get involved, but he disobeyed orders and indirectly assisted the X-Men and Brotherhood in locating and freeing their comrades from Area 51, including his old friend, Logan.

With the appearance of X-23, who broke into one of the S.H.I.E.L.D.'s compounds and stole their data on the X-Men, Fury again broke the rules by allowing X-23 to run rogue after Logan apprehended her and set her free at the Xavier Mansion. Though, since she no longer was a HYDRA operative, she was likely to be seen as no further threat to anyone.

Nick helped Logan uncover the truth about his clone, X-23 and concentrated all his efforts on stopping those who created her. X-23 and Wolverine were also largely responsible for allowing S.H.I.E.L.D. to capture most of those in HYDRA, including Omega Red.

Fury, under orders, eventually released Trask into his custody so that the scientist could continue working on his Sentinel Project. They wanted to be ready for whatever Apocalypse had planned for the world, but even the new Sentinels were no match for Apocalypse's horsemen, and thus Fury had to rely on the help of the X-Men and the mutant Leech to save the world in the end.

Other faces of Nick Fury 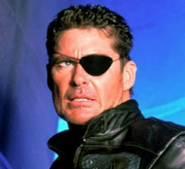 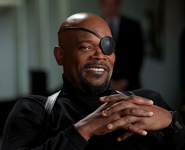 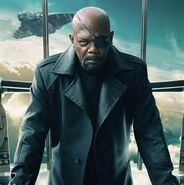 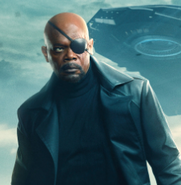 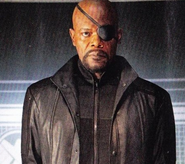 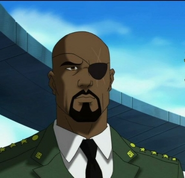 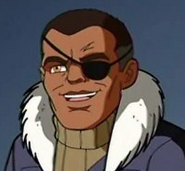 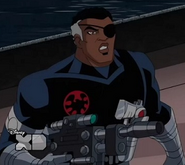 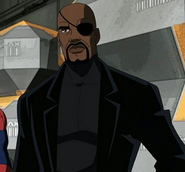 Lego Marvel Superheroes Video Game (2013)
Add a photo to this gallery
Retrieved from "https://x-menevolution.fandom.com/wiki/Nick_Fury?oldid=31964"
Community content is available under CC-BY-SA unless otherwise noted.