Callisto is more passive and reasonable than her comic-book counterpart. She is very loyal to her people and takes her role as their leader and protector very seriously. As a group, the Morlocks do not trust anyone "topside", and if they have a problem, they are not likely to ask for help but will do their best to take care of the problem themselves. Initially, Callisto is fearful of angering the surface-dwellers in the fear they will attack and destroy the Morlocks, who are not cut out for combat. But if left with no choice, she will not falter.

Callisto is a young, Caucasion woman with a darker complexion, almost tan, with black hair, cut to her shoulders with bangs, and green eyes. Her right eye is always covered by an eyepatch. She wears a brown low-back tank top, dark purple pants, dark purple boots with silver knee guards, a silver belt, and black wrist straps. She has a very athletic body and is tall.

She is also an adequate fighter.

Callisto is the leader of the Morlocks, a group of mutants who avoid the public and take shelter in the sewers.

Callisto is first seen helping some other Morlocks destroy a factory, which was later revealed to be producing the Pow-R8 sports drink. She is next seen under a trench coat, knocking a Pow-R8 bottle out of Evan Daniels' hand and whispering "poison". A bit later, Evan drinks it anyway and she looks distressed as he begins to get sick and his powers surge. She brings Evan into the sewers to the Morlocks, where they nurse Evan back to health and tell him about their situation. Callisto and Caliban are shown arguing over whether or not he should stay with Lucid pointing out how much of a benefit he could be to their cause.

Evan decides to help them destroy the Pow-R8, which is extremely toxic, even deadly, to mutants. They begin dumping a substance into the vats of Pow-R8 when Guy Spear, the owner of Pow-R8, comes in with two security guards to stop them. Unfortunately, the tazors used against them result in chaos which knocks over the vats of Pow-R8. Callisto orders the Morlocks to the sewers, herself being the last in.

The run from the wave of the drink, but are seemingly trapped at a dead end of the sewers. Evan shoots some spikes into the wall on which they stand until the X-Men reveal themselves and help them out. Callisto is then seen waiting with four other Morlocks for Evan to join them over the X-men when Storm comes to try and get him back.

Other faces of Callisto 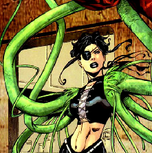 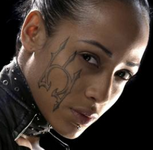 Cite error: <ref> tags exist, but no <references/> tag was found
Retrieved from "https://x-menevolution.fandom.com/wiki/Callisto?oldid=32254"
Community content is available under CC-BY-SA unless otherwise noted.