Warren is a very kind and caring individual. When he is first introduced, he was using his powers to help people and refusing to join Magneto's team, even when he was blamed for an incident that was caused by Magneto in order to recruit him.

Warren is 6 feet tall and weighing 150 pounds. He has a slim figure and muscular build. He has blonde hair and blue eyes. He possesses two full-grown, white feathered wings on his back that he wraps around his body under a heavy coat when in public.

Warren's mutation was revealed at birth when the doctor noticed the small wings growing from his shoulder blades but his parents didn't know. For most of his life, Warren Worthington III lived in comfort and luxury due to his parents' significant wealth. Since then, he has done his best to blend into the rest of the city, as well as a multi-millionaire can, and even steps in to help where he can as the Angel.

Unfortunately for Worthington, the X-Men weren’t the only ones interested in the New Mutant. The Mutant Master of Magnetism Magneto attempted to recruit the Angel into his Brotherhood of Mutants. Trying to sway Warren, saying that the human lives aren’t worth saving. After a fight with Magneto and the realization of how quickly the people of New York turned on him, Warren decided that the world simply wasn’t ready to accept mutants yet. With the help of the X-Men Cyclops and Rogue, the Angel gave the mutant madman a resounding no. Warren is currently considering joining the X-Men, but has made no definitive decisions as of yet.

Sometime later, Gambit broke into Warren's home and stole a valuable gemstone spider that was in fact, the [Second Door|second key]] to Apocalypse's prison. Angel When Mesmero resurfaced

Beast, Cyclops, Angel, Jean Grey, and Iceman all came together to try and stop the spider-stone key, half of which belonged to Warren, but Magneto destroyed it before they could stop him from doing so.

It is left unknown what becomes of Angel in The Future as he's last seen in a group photo with the future X-Men, the New Mutants, and their unaffiliated allies.

Other faces of Angel 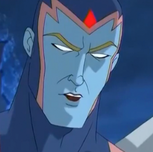 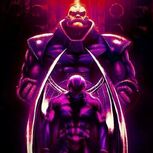 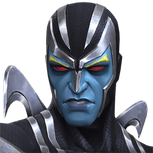 Marvel:Super War (2019)
Add a photo to this gallery
Retrieved from "https://x-menevolution.fandom.com/wiki/Angel?oldid=33029"
Community content is available under CC-BY-SA unless otherwise noted.